How American women are living the entrepreneurial dream 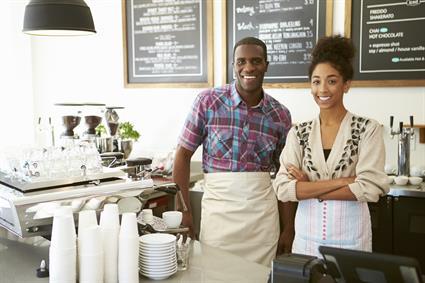 While it’s certainly not a strange thing to see women taking the lead in the workplace in 2015, it’s still statistically rare. According to figures published earlier this year via the Dell Women’s Entrepreneur Network Summit, about 21% of senior management positions are currently held by women in the U.S., and only 4.6% of CEOs are women.

But one business leadership role that’s growing fast is the number of women starting and running their own businesses.

According to the same study, 60% of all new businesses in the United States are owned by women, with minority women seeing the highest level of growth over the last ten years.

Carla Harris, Chair of the National Women’s Business Council, called the modern American economy “a perfect storm of opportunity” for female entrepreneurs, saying, “There cannot be a better time for women to start and scale their businesses.” Why is this? The combination of historically low interest rates, the high supply of ready cash in the U.S. economy, the growing presence of women on corporate boards, and the increasing number of women earning Bachelor’s degrees have combined to create this landscape in America’s business culture today.

But where do women-owned businesses still seem to lag behind their male counterparts? In creating sustained growth.

Statistically, it appears men are more likely to set up their businesses for growth and expansion than women are. Since women are starting the majority of new businesses today, that’s a significant fact. According to the Dell report, if women-owned businesses grew and expanded at the same rate as those owned by men it could mean as many as 15 million new jobs created in the U.S. economy over the next two years.

Many public and private initiatives are striving to help balance these scales and assist women with dreams of business ownership to get the resources, knowledge, and support they need to not just create new businesses, but grow them to create wealth and help their communities as well.

As reported previously on this site, many women have joined the popular trend we’ve called “fampreneur” – starting a business with family members in order to spread the risk and improve growth potential – and have seen this entrepreneurial method reap rewards both financially and in overall satisfaction.

Perhaps the fampreneur trend marks a turning point in building the growth potential for woman-owned businesses in the United States?

Only time will tell.

Do you have a business ownership dream? Maybe this is the very best time for you to grab a hold of that dream and start living it!