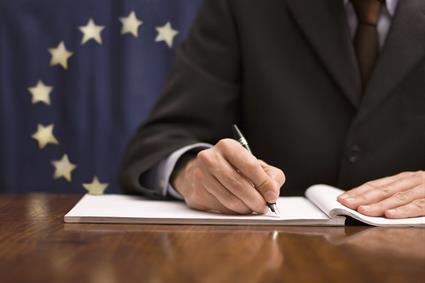 Debating the EU referendum, Conservative politician and minister for small business, Anna Soubry, claims that Brexit would cause ‘total chaos’.

Britain’s low unemployment rates continue to be a magnet for European Union workers and there are now over 2 million workers from the other 27 EU nations working in the UK.

The employment figures covering the three months to December last year show that the number of non-UK EU nationals working in the UK rose to a high of 2.04 million, rising above the previous quarter where it topped the 2 million marker for the first time.

If Britain vote to exit from the European Union, a number of small businesses could go out of business if they have to replace their workers from the EU.

In a debate, organised by software company Sage on the 7th of March, Soubry spoke about how the EU referendum will affect small and medium sized enterprises, Soubry said:

“Overwhelmingly companies are saying “where on earth am I going to get the people I need – not just in tens but in some cases in hundreds – to operate my factory, work in my plant?”.

“If you go to Lincolnshire and East Anglia and look at the people who are cutting the cauliflowers and picking the fruit, harvesting the crops there, they are almost exclusively from the European Union … These are businesses, usually small – and by that I mean with less than 250 people – that will not be able to exist without that labour. The question is: if we leave the EU, where will these businesses get their labour from?”

This claim was challenged by Labours biggest political donor the deputy chair of ‘Vote Leave’, John Mills, who in retaliation, said the solution would be to train more British people.

In response, Soubry said that the business world cannot afford to wait years for this suggestion to happen.

According to the Conservatives, EU workers are drawn in by in-work benefits, something that formed a key component of David Cameron’s renegotiated EU deal.

Last year saw a rush for duel-nationality passports as EU immigrants feared they could be in a precarious position after this year’s referendum.

A survey by the Guardian last year received over 1,200 responses from EU citizens, of whom a large percentage were in the process of changing their nationality and citizenship, or, at least, considering their opinions.

One of the main concerns for EU workers is the return of work permits for employees, among other concerns such as the abandonment of their right to public healthcare, tighter restrictions on education and business trading.

The debate was dominated by questions of workers’ rights and the movement of people. When the panel was asked whether employees from the EU would have to apply for work permits immediately after a leave vote was one of the main concerns.

Mills stated that it would not come into immediate effect and neither EU workers in the UK or British people working abroad would have to leave immediately. However, he added that this would change further down the line.

Soubry dubbed the question of work permits “one of the great unknowns” of the EU referendum and warned that it would be a period of “total chaos”.